The first time I noticed that something was wrong with Mom was when she walked from the plane into the terminal in St. Louis. I had been in meetings there, and she had flown up from Texas to join me for my flight back to Maryland and a visit with my family. Her brow furrowed as she looked around. “What do we have to do?” she asked. “How do we get my suitcase? Where do we go to get the plane to Baltimore?” 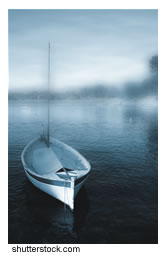 This was the woman who loved to travel and often did so alone. But here she was, looking small and unsure, as if she were flying for the first time. And for the first time, our roles reversed. No longer was she the parent who guided me. Suddenly, it seemed, she needed my help to pilot her through a world that would become increasingly foreign.

Each phase of the disease carried its own sorrows. For me, one of the hardest parts was watching her increasing awareness and frustration about her departing memory. She sadly gave up her beloved volunteer job counting the children’s offerings at Grace Lutheran School. “I just can’t remember things anymore,” she complained, lower lip trembling. “I’m losing it!” These were tough times for her, and it was almost easier when her cognitive faculties were so chewed up that she no longer knew that she was “losing it.”

Mom’s increasing aggression was also hard, especially when directed at other loved ones. In and out of periods of lucidity, she lashed out at those who were trying to help her—especially the sister who did most to monitor her health, her physical and spiritual well-being, and her checkbook. “You treat me like a baby,” she shouted. My sister tried hard not to take it personally, but she confessed that every insult and rejection stung.

Throughout my life, I had known that I held a special place in Mom’s heart. I was the youngest of her six children, and no matter how much I grew and matured, she always referred to me as “my baby.” I also had been born the day that she turned 38, and throughout my life she treasured the fact that we shared our birthdays.

It was on one of those birthdays that I recognized how far the disease had progressed—and felt its impact most starkly. I had called to wish her “Happy Birthday.” She muttered a “thank you” and went on to chat about a birthday gift in front of her, though she couldn’t remember who had given it to her. Not once during the ensuing conversation did it occur to her that it was my birthday, too. It felt strange to lose this important connection.

When I next visited at her home, she often called me Helen—the name of her youngest sister. My sisters who lived nearby said that she now frequently forgot to turn off stove burners and that the Grace Lutheran School principal had rescued her when she got lost on her daily walk in the neighborhood. They suggested that her condition had reached the point of making it unsafe for her to live alone.

To confirm this for myself, I drove her to church on Sunday morning. I pretended that I had forgotten the way and asked her to give me directions as we traveled. The way was not complicated, and she had driven it many times, but on this day she became disoriented almost immediately. I knew that my siblings were right, so before I returned home, I helped research assisted-living facilities that specialized in serving patients with dementia. One of these facilities was on a farm, and since she had spent most of her life on farms, we thought she would be most comfortable there.

Months later I called to tell her that I was coming to visit her out at the farm. Again and again, she asked, “Who is this?” Each time, I replied, “This is Edie, your daughter.” Finally, she said, “Well, I don’t know who you are, but if you say you’re my daughter, I suppose we should meet.” 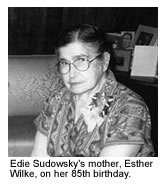 She showed me around the place a bit, explaining that she didn’t know how she got stuck with the family farm. She didn’t really like having that much responsibility; it was a burden, she said, but she was trying to make the best of it. “My father built that barn,” she informed me. Then she pointed to a young pecan tree about 15 feet tall and told me that her father had planted that tree. Not once did I correct her. She felt that she belonged there, and I was not about to suggest otherwise.

In time, Mom’s increasing aggression and need for more professional care required her transfer to a nursing home in town. By this time, she had little awareness of her surroundings and spent most of her days in a wheelchair. More than once, she had neared death, but somehow, for some reason, continued to cling to life. After one of these episodes, a sister called to say that I should
probably come soon.

I did—just in time, it seemed. During each of the first two days, she was awake for a while and listened and watched. I thought she even smiled, but I wasn’t sure.

On the third day, she would not respond to attempts to rouse her, and the nurses said that she had not been awake since other family members and I had left the day before. They weren’t sure when—or if—she would wake up again. There were early signs of kidney failure.

In two days, I would have to return home, but I hadn’t really said what I needed to say. I had heard that God’s Word can get through when nothing else does, especially in familiar Scripture and hymns and prayers, so I decided to try it. I poured through the hymnal, marking the pages of Mom’s favorite hymns.

My sisters had to work the following day, but my brother-in-law accompanied me to the nursing home. With nursing-staff consent, we wheeled my still-sleeping, unresponsive mother into the little chapel. Richard sat on one side of Mom. I sat on the other. We began to sing: “My faith looks up to Thee, Thou Lamb of Calvary, Savior divine . . . ”

“Mom, I can still picture you, years ago, pedaling your little pump organ as you played hymns. You even taught me your favorite one. Remember?” Richard joined me: “Jesus, Savior, pilot me / Over life’s tempestuous sea.”

“Unknown waves before me roll, / Hiding rock and treach’rous shoal.”

As we launched into the second verse, Mom looked at us and listened. I thought I saw a glimmer of recognition—not of us, necessarily, but of something. At the refrain, her mouth began to work, as if to sing with us. And so she continued as we sang the final verse:

“When at last I near the shore
And the fearful breakers roar
’Twixt me and the peaceful rest
Then, when leaning on Thy breast
May I hear Thee say to me,
‘Fear not, I will pilot thee.’”

She was awake and responding. We had her attention! This was my chance.

“Do you want to pray with us?” Richard asked. He began: “Our Father, who art in heaven . . . ” Mom lowered her head and closed her eyes. Her lips moved ever so slightly.

After a moment of silence, I started Mom’s other most-favorite hymn, “What a Friend we have in Jesus . . . ” Her head stayed down but she opened her eyes and tried to sing with us for a moment. Then she closed her eyes and soon fell asleep.

It was enough. Though Mom lingered for about three weeks, she did not regain consciousness. I am forever grateful for the opportunity to be with her during her last lucid moments, when God’s Word and Spirit broke through her mental fog to give peace to her and to us. To her plea, “Jesus, Savior, pilot me / Over life’s tempestuous sea,” Jesus had answered, “Fear not, I will pilot thee.”