Christ’s triumph over death at that first Easter is the very heart of the Christian faith and the central event of history. Nothing offers greater hope for humanity than this episode—which most likely took place in the early morning of April 5, A.D. 33—since the One who rose from the grave promises that His followers will do the same. And yet this greatest phenomenon in “the greatest life ever lived”—passionately believed and confessed by the Church—has also been greeted with doubt, skepticism, and outright denial. 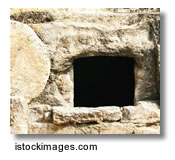 Cynics have called the resurrection a wish-fulfillment myth concocted by early Christian writers, and the non-Christian majority in this world has followed suit. Even some supposedly Christian theologians, usually of the extreme liberal variety, superimpose a question mark over any claims of a physical resurrection of Jesus. And who can deny that today there is an anti-Christian bias in so many of our sensation-seeking novels, movies, magazines, and TV specials that hold the resurrection up for scorn?

How is a believer supposed to respond to this onslaught? I think by listening carefully to all the negative arguments against the resurrection, dismantling them one by one for their logical errors, and then joyfully presenting “the reasons for the hope that is in us” (1 Peter 3:15). Let’s first line up the “usual suspects” in . . .
The Skeptic’s Arsenal

Nature’s laws cannot be suspended for any claimed “resurrection.”

A physical resurrection, like all the other so-called “miracles” in the Bible, is impossible, runs the argument, since this would violate natural law. The dead are not raised today, nor were they then.

While this claim is impressive and underlies nearly all the other objections to the resurrection, it is philosophically faulty. One dare not limit what did or can happen on the basis of our past or present experience. The unforeseen exception certainly punctures this picture if there is indeed a God who, by definition, can suspend the very laws of the nature He created.

The resurrection accounts in the four Gospels contradict one another and are therefore unreliable.

This is the second most frequent objection to the resurrection. First, Christians would do well not to deny that the Gospels do indeed present some startling variations on the common theme of Jesus’ resurrection. One or two or three or more women approach the sepulcher at Easter dawn, according to John, Matthew, Mark, and Luke respectively. Luke confines the resurrection appearances to the Jerusalem area, while the other three involve Galilee as well, and there are other problems of sequence in the resurrection episodes that have cheered the critics.

But to use these inconsistencies as some sort of proof that the resurrection did not take place is an illogical use of evidence. The earliest sources telling of the Great Fire of Rome in A.D. 64, for example, offer far more serious conflicts regarding how the fire started and how far it spread. Some claim the entire city was destroyed, while others say only three sectors were reduced to ash. Yet the fire itself is absolutely historical: it really happened.

As a professor of ancient history (and a Christian), I’m thrilled that our four Gospels do provide the variations they do. This proves that Matthew did not blindly copy from Mark, who did not copy from Luke, who did not copy from John, or whatever order you prefer. Had all four Gospels provided essentially the same narrative with no variations, the critical scholar today would conclude that there was only one source of information underlying all four accounts. Yet for something as cosmic in significance as the resurrection, the more sources the better.

Furthermore, the fact that differences between the Gospels were not edited out or harmonized by some early Christian editorial board shows both the honesty of early church copyists and the fact that there was no “agreed upon”—and therefore partially composed—version of what happened at that first Easter. Islam’s Qur’an contained many more and greater variations in the text until all the other versions were rounded up and burned. Christians had no such bonfire.

If the resurrection really happened, it would have been reported exactly and with no disagreements.

This, a variation of the previous argument, may look quite reasonable, but is not borne out in experience. At Western Michigan University, where I teach, a professor friend of mine decided to test our students’ powers of observation. While I was teaching an Honors section of our best students, my colleague—who is bald—interrupted my class wearing a wig and further disguise. He walked down to my lectern, shook his hand in my face, and claimed that the dean had reserved the hall for his students instead, after which he turned around and stomped out of the class. Needless to say, the students watched it all with sagging jaws.

Two days later, at my next lecture, I apologized to the class for the disruption and claimed that the dean wanted a description of what had happened in our class. The students debated on how to provide this, finally settling for all of them writing down what they had heard and seen. Their disagreements—by eyewitnesses—were stunning! These were Honors students, and yet they described the intruder as anything from five-foot-five to six-foot-four. He weighed 160 pounds in some reports, 220 in others. He was clean shaven. But no, he had a moustache. But no, he had a beard. And so it went.

We’ve all heard the expression, “People seeing the same thing will report it differently.” Our little classroom experiment more than proved the point. This, however, was a minor classroom encounter. How much more unhinging would be the experience of seeing a dead man alive—and so reporting it with some variety!

Jesus “appeared” only to believers, not others—a clear case of wish-fulfillment.

No mystery here! God rewards faith, not unbelief. This also proves that the resurrection accounts could not have been fabricated, since no human author could have resisted telling of a triumphant Jesus turning on Pilate, Caiaphas, and His tormentors with unholy fury and sweet revenge.

Only in the Bible do we get the story of the resurrection and the empty tomb. If these were historical, secular sources should also have reported on them.

This, of course, is merely an argument from silence, which is the weakest form of argumentation. But the entire premise is also false. In an article for The Lutheran Witness published in April 2007, I demonstrated that it is now a proven fact of ancient history that the tomb in which Jesus was buried on Friday was indeed empty on Sunday morning, also on the basis of secular sources. As for the resurrection itself, there are references to it or its effects in such secular sources as the Roman historian Cornelius Tacitus (Annals 15:44) and the Jewish historian Flavius Josephus (Antiquities 18:63). 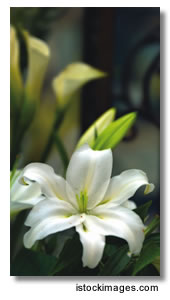 Seven of the earliest sources from the ancient world report the resurrection on the basis of eyewitnesses or near-eyewitness testimony. They are, in chronological order: the letters of St. Paul, the Synoptic Gospels, the letter of James, the letter of Peter, and the Gospel of John. In 1 Corinthians 15, Paul tells of Jesus’ resurrection less than 20 years after it happened, so all the many critical objections that the resurrection stories developed over many years of myth-building have no validity whatever.

These records, furthermore, could not have been fabricated since women are listed as the first witnesses in all four Gospels. No ancient author could have invented this, since he would never have cast women in any role connected with the resurrection in his fictional version. Women’s testimony was deemed unreliable in the ancient world, even in a court of law.

What accounts for the absolute personality transformation in the lives of the apostles following Easter and Pentecost? Before these events, the Eleven were a doltish crew, most of whom were too afraid to show themselves after Jesus was crucified. Yet they became heroic missionaries for the faith, and most died a martyr’s death.

They would never have given their lives for some concocted fairy tale. For the risen Lord, on the other hand, they would do anything. The same, of course, holds for James, the unbelieving half-brother of Jesus, as well as Paul (Saul) of Tarsus, originally a persecutor of the church.

One of the Jewish beliefs held with great tenacity was—and is—observance of the Sabbath, and yet Christian Jews transferred their worship from Saturday to Sunday, which they called “the Lord’s Day” in honor of His resurrection.

And how, pray tell, did the tomb of Joseph of Arimathea in which Jesus was buried on Friday become empty— factually, historically empty—on Sunday morning? Every explanation for that offered across the centuries fails miserably.

Finally, the birth and growth of Christianity itself across 20 centuries offers telling evidence for the Easter event: Could it all have been rooted in a fraud? One doubts!

There are at least a dozen more proofs for Jesus’ triumph over death. Your pastor may report more of them in his Easter sermon, and do remember that each Sunday we celebrate that greatest event in history, while believers are resurrection Christians every day of their lives.

Now when He rose early on the first day of the week, He appeared first to Mary Magdalene, from whom He had cast out seven demons. She went and told those who had been with Him, as they mourned and wept. But when they heard that He was alive and had been seen by her, they would not believe it. —Mark 16:9–11 ESV

In the last few years, much media interest has focused on Mary Magdalene. She sings the plaintive song, “I Don’t Know How to Love Him” in Jesus Christ Superstar, and, of course, she shows up as “Mrs. Jesus” in that font of misinformation, The Da Vinci Code, as well as in many similar books that are determined to get Jesus married off. But there is not a stitch of evidence that Jesus married Mary Magdalene or anyone else, despite dozens of attempts by sensation-seeking authors across the last half-century.

Getting the facts wrong on Mary Magdalene, however, is nothing new. The poor woman has been set upon ever since Hippolytus in the third century and Pope Gregory the Great in the sixth identified her as the “woman sinner” who washed Jesus’ feet with her tears and dried them with her hair (Luke 7:37ff.). But there is no evidence whatever that this identification is correct, or that Mary Magdalene was a harlot.

In fact, quite the opposite is the case. She was one of Jesus’ most devoted followers from Galilee, and the only woman named in all four Easter Gospels. She came from the coastal town of Magdala, at the westernmost bulge of the Sea of Galilee, a fishing village then and the site of archaeological digs today. When she first met Jesus, she was afflicted with problems that Jesus cured in “casting seven devils” out of her (Luke 8:2). From that point on, she was one of the Galilean “ladies’ auxiliary” that supported Jesus and His disciples in their itinerant ministry.

John’s Gospel offers her most luminous portrait: the woman weeping at the empty tomb, talking with the risen Jesus, whom, in her blurred vision, she thought a gardener, but finally radiantly recognizing Him. Mary Magdalene, then, became the first “apostle to the apostles” in telling the Eleven about the risen Christ.