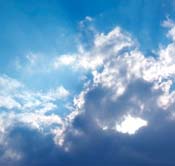 How can you argue against the threat of Islam theocracy in the world’which does not distinguish between the spiritual and the secular realms’unless you are fortified by the knowledge that God, though Lord of all, rules the two realities in two very different ways?

In the spiritual kingdom, the Church, He has revealed Himself in Christ. Here God and Christ reign directly.

In the terrestrial kingdom, God rules indirectly through humans’his “masks,” as Luther called them.

Sometimes, it wouldn’t hurt American Lutherans to open their ears to sound ideas from of other Christians. For instance, Bishop Jochen Bohl’who oversees the state-related Evangelical Lutheran Church of Saxony in eastern Germany, the world’s oldest church body bearing the Reformer’s name’recently launched an urgent appeal to pay greater attention to one of the treasure of our Reformation: the two kingdoms doctrine.

Given what’s going on in world Lutheranism today, this seemed almost sensational. Long before Bohl assumed office, some misguided church leaders struck the last six articles of the Augsburg Confession from the Saxon hymnal. Among these six, Article 28 is the most significant. It outlines with superb clarity the distinctions between the Church’s and the State’s authorities, warning that they “must not be confused.”

This sensible doctrine was particularly dear to Luther’s heart. “I can in good conscience ‘ pride myself with having written as magnificently and usefully about secular authority as no other teacher before me, with the possible exception of St. Augustine,” he said.

So why was this gem discarded in Saxony? Why have even some Missouri Synod members, pastors included, not a clue about this elegant theology? I suggest this is so because many of us have accepted, consciously or subconsciously, a libelous fib propagated by William L. Shirer, the author of The Rise and Fall of the Third Reich. Shirer claimed that the two kingdoms doctrine had turned Germans into a horde of spineless wimps incapable of standing up to evil rulers.

In fact, however, Luther had advocated “an almost foolhardy opposition against all governmental injustice,” in the words of Franz Lau, perhaps of the 20th century’s most significant expert on this subject. Heroic Lutherans such as Dietrich Bonhoeffer and Eivind Berggrav, bishop of Oslo during the German occupation, based their resistance against the Nazis on these very teachings by Martin Luther.

But today there is a mindset that has dumped Luther.

How else can you explain the apparent contradiction of the redoubtable late Henry Wade, once district attorney of Dallas, who sent more people to the electric chair than any of his predecessors, but then went to death row, Bible in hand, evangelizing among the convicts?

This cigar-chomping prosecutor’the “Wade” of Roe v. Wade’was no Lutheran. But he understood this Lutheran principle: As an officer of secular authority in what we call the “left-hand kingdom,” he could not spare a murderer’s biological life. That would not have been his calling. In our finite world, his obligation was to bring criminals to justice.

But Wade was also a citizen in the spiritual “right-hand kingdom,” and in that capacity he did his best to help save the convicts’ eternal life ” by introducing them to that realm’s driving force, the Gospel.

It is not only the ascendance of Islam that gives special urgency to our return to thinking in terms of two kingdoms. We live in a horribly confused environment where even faith has been bastardized into a tool of self-gratification, which is why Islam makes such inroads and why Bishop Bohl of Saxony has every reason to search the Lutheran treasure chest for alternatives.

Bohl is not alone.

This past autumn, the eminent historian Mark A. Noll, a Presbyterian, came to Concordia Seminary to remind us of Luther’s theology as a welcome alternative to the predilection of many American Christians to confuse “the history of the U.S. with the history of salvation ‘ and to confuse the ultimate spirituality with secondary political ends” ‘ just as Islam, one might add.

Earlier last year, the sociologist of religion Peter L. Berger visited Concordia at the invitation of my institute appealing to Lutherans to rediscover the doctrine of the two kingdoms. He termed this theology “radically anti-utopian” because it opposes the enthusiastic schemes of both liberal mainline Protestants and Christian fundamentalists.

They are people trying to do God’s job. Instead of leaving it to God to take us home to His kingdom in His good time they endeavor to create their little paradises in the here and now, different though these homemade heavens might be from one-another.

In Berger’s eyes, this is what both the Christian Left and the Christian Right are trying to do. The two kingdoms doctrine, he said, serves as a shield against the attempts of these forces to “absolutize their respective political agendas.”

Many Lutherans run the risk of falling into this same trap, even misinterpreting the two kingdoms doctrine to further their personal goals. Here is their way of reasoning: “Is not the secular realm under the law? Does not the law allow abortion and, in some parts of the world, same-sex unions? So how dare the Church agitate against these things here in our earthly reality?”

This is a bogus argument.

The law governing the left-hand kingdom is God’s law’the law He gave to Moses and the law He wrote upon the hearts of all human beings, non-Christians included. You don’t have to be a follower of Christ to know that it is wrong to sleep with someone else’s spouse, kill unborn babies, and allow men to marry men and women to marry women.

Laws that permit these things are not from God. They are man-made. Their purpose is not to benefit God’s creation and all of mankind, but to cater to selfish desires. It’s all about the “Me.” This is why it is high time to familiarize ourselves once again with the two kingdoms doctrine. For this reason, the Concordia Seminary Institute in Lay Vocation is holding a series of SemCast video programs via the Internet dedicated to this wonderful jewel in our theology.

You can find more information at www.csl.edu/Resources_InstituteonLayVocation.aspx. This series is titled, “Two Kingdoms vs. the One Me.” That says it all. Nothing in our secular reality is more destructive than the “Me” culture, and there does not seem to exist a more potent weapon against this aberration than Martin Luther’s theology distinguishing between the secular and the spiritual realms.