The Nov. 24, 2008, issue of Newsweek featured “Obama’s Lincoln” as its cover story. Abraham Lincoln, our 16th president, frequently referred to Christian thought in unmistakable but non-sectarian ways. President-elect Obama appears to be modeling his leadership style on Lincoln’s pattern.

But this is not simply a resurgence of a 150-year-old principle. William Howard Taft, our 27th president, inaugurated in March 1909, concluded his inaugural address by saying: “I invoke the considerate sympathy and support of my fellow-citizens and the aid of the Almighty God in the discharge of my responsible duties.” In 1967, sociologist Robert N. Bellah, in an article entitled “Civil Religion in America,” referred to three instances where John F. Kennedy’s 1961 inaugural address invoked the name of God, similar to some of the god-talk in the election season just ended.

Bellah’s landmark assessment builds on Rousseau’s concept of civil religion. Bellah observed that nationalism and nationalistic pride had emerged as a national religion of its own. The cycle seems to have a pattern: Nearly every half a century, God is invoked and civil religion promoted.

Today, civil religion prevails. However, civil religion is not the same as Christianity; thus these are indeed peculiar times. Each of the previous cycles were times ripe for the Gospel and the growth of God’s kingdom, as is also the case today.

Most Americans consider themselves religious. However, that religion may be nominally Christian at best, and as Lawrence Rast notes elsewhere in this issue of The Lutheran Witness, it often seems increasingly non-Christian and sometimes even anti-church. Perhaps it is best described as a pluralistic blend of personal values constructing a god that is dramatically different from biblical revelation. Mom, apple pie, civil liberties, human rights, global toleration, and ethical relativism prevail in a blend of culture and quasi-spirituality fueled by anyone who has an audience (think Oprah Winfrey). These are peculiar times indeed.

Today—again, as noted already by Dr. Rast—the world needs the “peculiarities” of a Lutheran contribution more than ever. In a day when some seem afraid of being labeled Lutheran, our historic heritage has much to offer. Historic, biblical Lutheranism, as a strand of broader Christianity, speaks with a distinctive voice as it points to Christ. This voice needs unity of confession and belief and a common commitment to sharing these peculiar truths creatively and authentically. It needs to be bold, clear, and unapologetic.

This means that Lutherans celebrate:

The peculiarity of the Word. Lutherans believe in Jesus Christ as the Savior of the world. Faith in Christ as the heart and center of the Bible and key to its true meaning leads to trust that the rest of the Bible is the true (“Godbreathed”) word of God. While the rest of the world has no authorized source of truth, we proclaim Christ, and the Word—Holy Scripture—testifies to His truth.

The peculiarity of the liturgy. Lutherans hold to a historic, biblical, theologically arranged sequence and language in the liturgy. It offers a literal proclamation of God’s truth, and its pattern speaks significant truths to this world.

The peculiarity of the Sacraments. Lutherans rejoice in the real power of Baptism and celebrate it daily. LCMS Lutherans recognize Jesus Himself—His true body and blood—in the Lord’s Supper and celebrate how that “vertical” relationship with God unites us horizontally also in the body of Christ.

The peculiarity of Lutheran education. LCMS Lutherans are historically committed to the premise of Lutheran parochial schools rather than simply to generic private schools that follow a Bible-school model. Lutherans are committed to ministries that actively interact with God’s Word in Sunday School, confi rmation class, VBS, and adult-education opportunities. Even when public education is sound, a Lutheran education offers a unique—a peculiar—advantage over and above the basics.

The peculiarity of social ministry. LCMS Lutherans actively reach out to “the least of these,” but also accompany such ministries for one’s neighbor’s welfare with eternal food for the soul.

The peculiarity of higher education. LCMS Lutherans have May God bless USA unique approach to higher education, especially through the Concordia University System, providing quality disciplinary exploration alongside meaningful ministry to postsecondary students in the context of the Gospel, holding to the paradox that allows one to explore the world fully at the same time as faith is nurtured and informed by God’s Word.

The peculiarity of being pro-life. LCMS Lutherans celebrate all of life, reaching out to serve those at the very beginning and end of life with support for their personhood, and also offering resources that share the saving Gospel of salvation
for their souls.

The peculiarity of mission. LCMS Lutherans are missional in every aspect of life, in families, at the workplace, in the community, among friend and foe, and in cross-cultural contexts here and abroad, so that God’s election may reach others. Mission is service to God every day.

The peculiarity of unity. LCMS Lutherans are united in one faith into one spiritual communion called the body of Christ. Unity means sharing a common faith and common set of beliefs, not just an agreement to disagree. Unity means that power is held in check by love for God, service to Christ and His Church, and the commitment to keep the message faithful and share it fully.

A Mission to Serve Christ

These indeed are peculiar times. They may appear to be squeezing Christianity, and especially denominational churches, away from having a relevant voice at the table of secular and civil affairs. As the world rallies around increasingly mainstream and politically correct themes, a peculiar, but accurate, Lutheran truth rings with clarity. 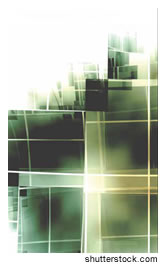 Historically, Lutherans have used “peculiar” ways to creatively and courageously share the Gospel. With Luther, it was the printing press. With Walther, the newspaper. With Walter A. Maier, the radio. With Herman Gockel, Lutheran television. Each was a trend-setting way to share the truths of Lutheranism. Lutherans rejoice in being a peculiar people with a distinctive interpretation of Scripture that is used in a bold mission to serve Christ. May God bless us—in peculiar ways—with unity, wisdom, courage, and creativity—to share our Lutheran Christian faith with the world—to Christ’s glory!