As a child, when I heard my parents speak of a friend or relative as “peculiar,” it didn’t take me long to conclude that they thought the person was a bit odd. And so it was diffi cult for me to make sense of a Bible passage read in church from time to time: 1 Peter 2:9. In the old King James Version, that passage reads as follows: “But ye are a chosen generation, a royal priesthood, an holy nation, a peculiar people; that ye should shew forth the praises of Him who hath called you out of darkness into His marvelous light” (emphasis added).

My good Christian mother explained the meaning of the word. “Peculiar can mean special, unique, and different. And all of these are good things.” This interesting little word has stuck with me over the years, and I appreciate more than ever its distinctive meaning. Christians are different. And within the larger Christian community, Lutherans are unique—peculiar—in the best sense of that word.

‘The Times They Are A-Changin’

On election night, president-elect Barack Obama stated, “Change has come to America.” Certainly America is always changing, but the recent election and imminent inauguration of the fi rst African-American president of the United States underscores the changes we all experience every day. As a friend of mine put it when we were in college: “The only thing constant in my life is change.”

Change has always been a part of the human experience. No two human beings ever experienced change more profoundly and more devastatingly than Adam and Eve when they fell into sin. At the time of Constantine, the Church moved quickly from being an illegal religion to the religion of the state—now that is a paradigm shift! Even our own Missouri Synod, formed in 1847, has gone from being Die Deutsche Evangelische Lutherische Synode von Missouri, Ohio, und andern Staaten (“The German Evangelical Lutheran Synod of Missouri, Ohio, and Other States”) to, since 1947, the more familiar Lutheran Church—Missouri Synod.

At the same time, however, there is a peculiar character to our experience of change today—the rapidity with which we experience it. Even given the technological advances of the last 100 years, few things compare with the power of the Internet in the present. True, news could be transmitted immediately over long distances via telegraph, radio, and even TV. But in each case the technology required an expert individual or staff to control the dissemination of information. Today, everyone can be that expert with little investment and only modest training. Web sites, e-mail, blogs, YouTube™, and other technologies make more information available to us with such immediacy that it is impossible for us to gather it all in.

But if we can’t gather it all in, can we at least make some sense of it? I think we can. And that is where our peculiar status as Lutherans can be of great help to us in the present and future!

What’s in a Name?

Where do we find Lutheranism in all this? Is it just one more piece of information in an already oversaturated culture?

The strength of the Lutheran tradition in America has its roots in its incredible growth beginning in the second half of the 19th century and continuing to about 1970. Since that time the picture has changed, with a slight annual decline characterizing Lutheranism for more than three decades now.

Many of us have noticed this decline. And it shows itself both in church bodies and local congregations. Robert Putnam’s landmark study, Bowling Alone, shows how Americans have become increasingly disconnected from their family, their friends, and, yes, their churches. For example, over the last 25 years there has been a 35 percent drop in having friends over, a 43 percent drop in having family dinners, and a 58 percent drop in club meetings. It’s no wonder we see changes in our Synod and its congregations.

What’s the problem? Some would say that in our postmodern times the old Christian message has lost its “punch”—it is simply one version of truth among many. That is borne out by the recent Pew Forum on Religion and Public Life report on religion in the United States, which showed that while 78 percent of Americans think of themselves as Christians, 66 percent of Protestants (from across the spectrum of denominations) believe that many religions can lead to eternal life. “Truth is tribal,” the saying goes. In contrast, we believe that we confess the one, biblical faith, and it is universally true. That claim strikes many as peculiar in these postmodern times.

The Theology of the Cross 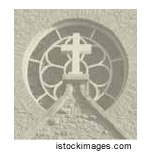 Yet the Christian confession is that Jesus Christ is “the Way, and the Truth, and the Life” (John 14:6 ESV), and that He is the “same yesterday and today and forever” (Heb. 13:8). In this basic Christian witness, we Lutherans have a peculiar gift. At the beginning of the Reformation, Luther made an important distinction between a “theology of glory” (which was humanly oriented) and a “theology of the cross.” This theology of the cross was centered in the person and work of Jesus Christ for us. Luther affi rmed the biblical, historic faith that God sent His Son, Jesus Christ, into the world to bear human sin, suffer, die, and rise again. Christ is true God and true man who came into the world to pay for humankind’s sin, that is, to win salvation for us. This salvation Christ gives to us freely—by grace, we say— is God’s undeserved gift. It is given to us through the Word and the Sacraments. It’s all about Christ for us, for in Christ we see the very nature of God. “Whoever has seen Me has seen the Father” (John 14:9).

Gifted to Be Gifts in This World

Theologians like to make the distinction between “the faith” that we believe (fides quae creditor—the things Scripture teaches that we believe) and the gift of faith in Jesus Christ (fi des qua creditor—personal faith that clings to Christ). To the fi rst point, we Missouri Synod Lutherans subscribe unconditionally to the Lutheran Confessions as gathered in the Book of Concord of 1580 because it is a faithful exposition of the Scriptures. To the second point, the Lutheran Confessions affi rm that faith itself is God’s gift. It is not my personal accomplishment. I do not have faith in my faith. Rather, the object of faith, Jesus Christ, is the One who creates and sustains faith in us through the Holy Spirit actively working through the Word and the Sacraments.

It is on this point that we Lutherans have a peculiar opportunity, particularly here in present-day America. In our post-modern times, where more and more people fi nd themselves isolated and without community, we have the ultimate, eternal community. We are God’s own people, called out of darkness into His marvelous light. We have a story to tell—and that story proclaims that in Christ God has reconciled the world to Himself! (Rom. 5:8–10).

A number of years ago historian Mark Noll wondered about the “newsworthy potential” of Lutheranism. Despite its lack of glamour, however, Noll argued that the Lutheran tradition had something signifi cant to offer America.

Lutherans do have much to offer to the wider American community, but only if they can fulfill two conditions. First, to contribute as Lutherans in America, Lutherans must remain authentically Lutheran. Second, to contribute as Lutherans in America, Lutherans must also find out how to speak Lutheranism with an American accent. . . . Lutherans are heirs to a better way. They possess confessions that have stood the test of time, that arise from the major themes of Scripture, that present a cohesive picture of the Christian’s relationship to God, to fellow humans, and to the world.

What makes Lutherans peculiar? Certainly we confess with the Church of all time the basic truths of the Scriptures. We hold to the Christian faith as revealed in God’s inerrant Word, confess that faith with the historic Church, and seek to practice that faith faithfully in the present time. In other words, we are biblically based, historically consistent, and contemporary in application. In all of this, Jesus Christ is the center. He is the One who entered the world to carry human sin to the cross and to pay for it once for all. He is the One who rose victoriously from the grave to open heaven to you and to me. Now our Lord, who has given us the gift of faith, strengthens us through Word and Sacrament to be who we are—a peculiar people, “a chosen race, a royal priesthood, a holy nation, a people for His own possession, that you may proclaim the excellencies of Him who called you out of darkness into His marvelous light” (1 Peter 2:9).