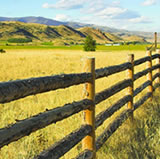 Is America a Christian nation? Ask this question, and you’ll probably get responses that run across the spectrum from “Yes” to “No,” including “Yes, but . . .” and “No, but . . .”

To many people it just seems so plainly obvious: Of course, the United States is a Christian nation! How could it be otherwise?

Many people in The Lutheran Church— Missouri Synod are absolutely convinced that this is so. At the same time, there are plenty of people—people who attend LCMS congregations—that are convinced that America is not a Christian nation, properly speaking. And, there are plenty of people that fall at some point on the spectrum between these two poles.

Why the divide? Shouldn’t this be simple?

In fact, it’s not. Answering this question often raises more questions. What is necessary for a nation to be Christian? Specific biblical statements in constitutional documents? A majority of citizens holding membership in Christian churches? A majority of citizens actually going to a Christian church each week? Beyond these, some wonder whether one can be a good Christian and a good American at the same time. Is there really a wall of separation between the church and the state here in the United States?

This is where God in America steps in. From Oct. 11–13, 2010, from 9:00–11:00 p.m. EDT on PBS, a series of six one-hour episodes will consider how Americans have understood and used God as they built and developed their nation. (See http://www.pbs.org/godinamerica/ for more information on the particulars of the series.)

The range of topics, however, is impressive. Catholic missions and Puritan orthodoxy in the seventeenth century give way to revival and revolution in the eighteenth. A recurring theme is that those traditions with roots in Europe—for example, the Methodists and the Baptists—adapted and, in some cases, accommodated themselves most adeptly to the emerging American mind. Their uniquely American interpretations of Christianity would challenge other churches and even religions to do the same.

While the debate about whether America is a Christian nation will no doubt continue, one thing remains sure: Americans are more active religiously than other nations in the West. And this includes not only Christians but people of other faiths as well.

The emerging narrative challenges the viewer to ask repeatedly just what is so distinctive about religion in America. And that, for a Lutheran, is a very good historical question.

Does America have a unique place in God’s story? Is there something exceptional about the United States and its role in the story of redemption? Is this exceptionalism limited to Christianity, or does it embrace other faiths?

One hint at the answer is the way in which biblical metaphors and language have permeated American discourse. Even today politicians often sound like preachers—especially when they are up for election. Biblical literacy may be on the decline, but politicians who intentionally reject American exceptionalism may find themselves looking for work after November 2010’s midterm elections.

This exceptionalism has and will continue to challenge every faith community in the United States. For example, episode six examines Isaac Mayer Wise. Wise worked to establish Reform Judaism in America while his opponents adhered to Old World traditions. For Wise, the future of Judaism lay in accommodating itself to the American way of life. “The future greatness of Judaism in America,” wrote Wise, “depends upon the union of congregations. We must be united in form of worship in order to have no element of discord among us.” But that form of worship for Wise was to be uniquely American in character, even to the point of embracing elements of American Protestant worship and doing away with biblical dietary laws. Being kosher was not part of being Jewish as far as he was concerned. Yet, when American Jews could not agree on what degree to adapt to the American way, they separated and, in so doing, showed just how American they truly were.

The result for American Judaism was a deep divide, which remains to this day, between those who sought to maintain their historic faith in a new set of circumstances, and those who argued that the faith must be accommodated to those new circumstances. As one commentator notes, “There is something about the American context that seems to encourage particular expressions of the faith rather than any one unified expression of the faith.” And so, in the end, it came down to the most basic of American freedoms. “You don’t like it, you start your own,” as another commentator put it. If your religious community doesn’t meet your needs, American freedom allows—perhaps encourages— you to start your own.

Where Are the Lutherans?

American Judaism offers a good case study for the question of Americanization, and the story is well told. However, another option would have been to consider the Lutherans of the nineteenth century. The arguments advanced by American Jews for accommodating American life sound strikingly familiar to those who know the American Lutheran story (and the same might be said for most traditions with roots in Europe).

But here is a real disappointment of the series. American Lutheranism itself experienced many of these themes in ways at least as intense as the other traditions and, in some cases, more so. Indeed, as the saying goes, at the turn of the twentieth century, no church spoke more languages on Sunday morning than the Lutherans. In the 35-year period of 1840 to 1875, at least 58 distinct Lutheran synods were formed in America. Some were based on ethnicity, and some were based on geography, but many were driven by the question of how Lutherans would respond to the unique demands of America. Should we accommodate our theology? Should we resist?

Lutheran answers to such questions were vigorously debated in print and sermon. Divisions occurred, and many have been slow to heal even to the present. Yet the American Lutheran story is a fascinating and compelling one. Why didn’t we make the cut?

And that raises another rather uncomfortable question: How is it that a series considering the topic of God in America believes that there is nothing either distinct enough or interesting enough about Lutherans to include them in the program? Perhaps that says more about America’s Lutherans than it does about the producers of this series.

Beyond the lack of Lutherans, however, is the more distressing reality of a lack of specific references to the biblical Gospel in the program.

And this, perhaps, is the real frustration of the series. On the one hand, its overview of the American religious experience will be helpful to those not familiar with the broader story. Yet, in many ways, the title is misleading. In the end, the episodes are not so much about God as they are about revival, revolution, slavery, Civil War, and civil rights. Theology proper is not the focus of this series. Theology is talk about God. This series is talk about human beings.

More pointedly, this story is about religious freedom and the question of how America’s unique circumstances have allowed for the multicolored tapestry that is religion in the United States. No faith tradition has remained unchanged by the religious freedom that America offers.

Should I Watch It?

Yes. I recommend taking the time to do so. True, it lacks the full picture. True, many times the heroes are those who challenge the positions of the Christian witness. True, the Lutherans should at least play some role in the story.

Nevertheless, the story is told well and in a reasonable fashion that will introduce those who are unfamiliar with the broader contours of the story of religion in America.

Is America a Christian nation? The answer of God in America to that question is a reasonable one. We may say yes or no for ourselves, but what is unavoidably true is that the Christian experience, variously under-stood and defined, has played an essential role in the emergence of what is America as we know it today.

There is a rich and varied body of literature that readers may pursue for further information on the subject of God in America. Recommended works include:

Each of these books makes demands on its readers. However, they are perhaps among the most useful in understanding the story of Christianity in the United States and will allow the watcher of God in America to appreciate the fuller narrative of the “surprising work of God” (to use Jonathan Edwards’s phrase) here in the United States.